The Great Blue Heron Casino is a First Nations initiative and is located on Scugog Island just East of Port Perry, Canada. Both the island and the casino that is on it are owned by the Mississaugas of Scugog First Nation, although the various parts of the casino are run by various parties. The slots are run and managed by the Ontario Lottery and Gaming Board, The table games by the Mississaugas of Scugog First Nation, and the entire casino itself is managed and run by the Steiner Family and Sonco Gaming.

All the proceeds and profits from the casino are divided up by these parties and form there are given to a variety of charitable organisations, many of which have to do with First Nations peoples.  Originally the casino was a small affair, with only a few slots and a 600 seat bingo hall. The hours of the casino were restricted and it had little to no places to eat or any other entertainment. A paltry 40 table games kept players occupied, but the revenue that came in from them was not enough. In 1999 and 2000 the Great Blue Heron Casino underwent quite extensive expansion, adding a number of square feet to its floor and many games. There was a lot of opposition to this expansion as locals feared rising crime amongst other issues. The expansion was passed however and the Great Blue Heron Casino added a number of table games and increased their slots to up to 545. 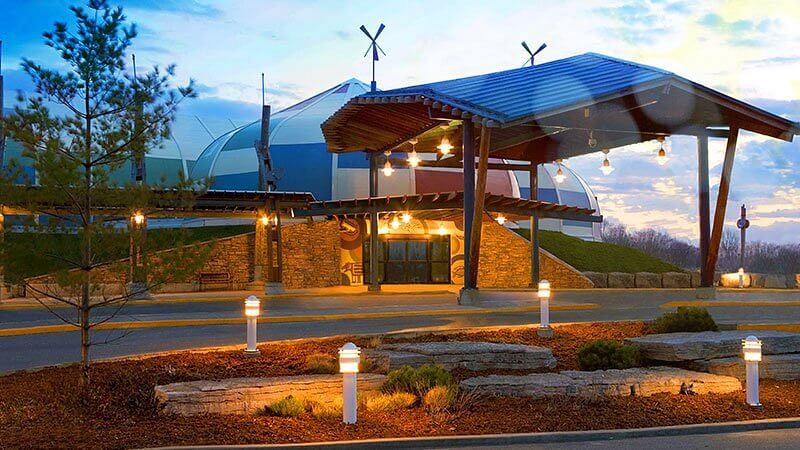 Today the casino at Great Blue Heron Casino is over 25 000 square feet, is open 24 hours a day and offers a wide range of games for players. Slots vary from small one cent wagers all the way up to a few $100 machines. Different types like three reel fruit machines or basic one armed bandits can be played, as can a number of new modern machines with 3D graphics and impressive animations. There are now over 60 table games, which also have a wide range of wagers. A Poker room is open all day and all night and not only offers a number of kinds of poker but a progressive jackpot too which can be won by playing on the larger wager tables.

The Great Blue Heron Casino runs a number of promotions all the time, not only with its casino but with the number of bars and restaurants on the property too. A loyalty club is open to all people who wish to join, and membership is free. The club allows you to enter certain tournaments and swop points won for things like meal vouchers or entries to poker tournaments. Members of the loyalty club also have exclusive access to bigger tournaments later in the year that have bigger and better prizes. A number of onsite eateries at the Great Blue Heron Casino offer different dining experiences.  The main dining experience is provided by a buffet restaurant whilst the rest are smaller bars or lounges, many of which are open all night to cater for hungry players. The bars and pubs serve food and drink, and sometimes have live acts such as singers or comedians. Both locals and casino players are welcome at all the bars and restaurants.